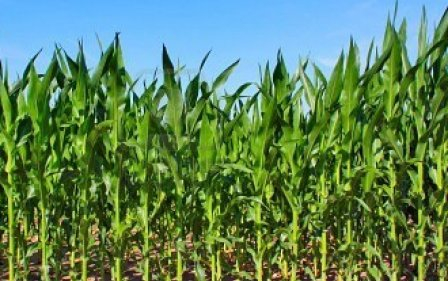 Precipitation is held in major growing regions of maize in the USA could reassure the market of the grain.

last week, after a record increase in the price of wheat in USA was growing and the price of corn. However, on Friday, the funds decided to take profits and covered short positions, so the July futures in Chicago several fell.

Yesterday the price fell to 149,01$/t, which corresponds to the level of the previous week.

on Monday, the USDA updated its Crop Progress, where the condition of corn has not changed. State 2% of crops had improved from good to excellent, however, the total number of crops in good to excellent condition remained at 67%. Meteorologists are promising precipitation in the "corn belt" next week, which will exclude the weather factor for speculators.

According to experts Safras&Mercado, the second corn crop will reach a record 67 million tons overall in the season will gather 106.4 MMT, which would be the highest figure. The second corn harvest will enter the markets in July-August and will compete with American and European maize, which arrives on the market in September.

Add a comment to news item: The growth in world corn prices stopped

Add a comment to news item:
The growth in world corn prices stopped