They took off again soybean futures in Chicago 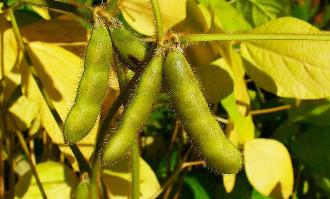 Yesterday, soybean futures rose by 4.75% against the background of a possible increase in the government the amount of biofuel use in the United States.

After there was a threat of import duties on U.S. soybean buyers from China drew attention to the Brazilian market. Here, the price rose almost $ 20. Over the past week, again there was a trend of reduction of us exports over 379 thousand tons or 35.4%. The cost of Brazilian soybeans has stabilized, because those buyers who used to buy it in this country, have more to buy more cheap us.

on the Eve monthly report on supply and demand from the USDA, analysts predict that the average Brazilian production of soybeans will amount to 115.6 million tonnes, which is 2.6% more than the March forecast. Forecasts Argentine soy more pessimistic is expected to decline by 4.34 million tons to 42.66 million tons.

According to analysts, will reduce ending stocks of soybeans at 1.45 million t and will be 92,95 million tonnes.

Yesterday, the Brazilian research Agency AgRural forecasts a soybean crop in Brazil, approximately 119 million tons in 2017/18МР, which is 1.1 MMT more than their March forecast.

the Introduction of us sanctions against Russia became the reason of a collapse of quotations of Russian companies and has led to increase in prices of oil and aluminum.

the increase in the price of oil will be able to support the cost of vegetable oil and soy complex.

In Chicago this week continue to stagger the price of soybeans. The reason for this is the uncertainty period for the introduction of import duties on the Chinese side, as well as forecast data for harvest and sowing campaign of soybean new crop.

Add a comment to news item: They took off again soybean futures in Chicago

Add a comment to news item:
They took off again soybean futures in Chicago