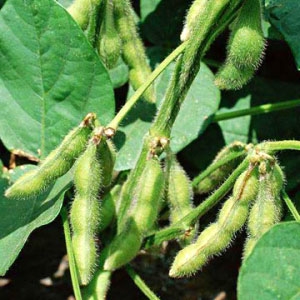 According to the Oil World analysts, in the current season, Argentina will gather the lowest in the last 3 years soybean crop in the amount of 55 million tons, while previously it was estimated at 55.3 million tons. At the same time, the USDA forecasts Argentine soybean crop at 56 million tons.

Despite significant improvement of weather conditions over most regions of Argentina, soybean harvesting is significantly behind schedule. During the week it has been threshed additional 8.5% of the area and on April 20, soybeans collected from 3 million hectares, which is 16.3% of the plan. This figure is slightly worse than last year (16.4 per cent), but significantly below the annual average for the specified period of 38%. The delay in harvesting with makes crops more susceptible to diseases that may affect the quality and quantity of the new crop.

According to estimates by Oil World, in the next season, Argentine farmers will significantly reduce the acreage under soybean by increasing the production of more profitable corn. In addition, the export tax on soybeans until the end of the year will remain at 30%, whereas for corn it is missing. From January 2018, the export tax on soybeans will be a monthly decrease of 0.5% compared to December 2019.

Through the low prices for soybeans in Chicago Argentine farmers are not in a hurry to conclude agreements for soybeans the new crop. The volume of weekly sales does not exceed 500 thousand tons. At the beginning of the week it has been implemented only 9% of the soybeans of the new crop, while grain of the old crop sold at 84%.

Add a comment to news item: Reducing soybean harvest in Argentina will be able to support world prices

Add a comment to news item:
Reducing soybean harvest in Argentina will be able to support world prices