The worsening trade relations between the U.S. and Mexico has fallen off of corn prices 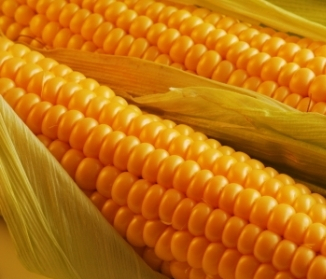 the July corn futures in Chicago tumbled yesterday by 2.6% up to$150/t for aggravation of trade relations between the U.S. and Mexico, which is a key importer of U.S. corn.

In response to the U.S. statement on the introduction of duties on the metals of Canada, EU and Mexico, the latter promised to impose duties on American agricultural goods. Fears of traders that the list will be the U.S. corn continue to pressure prices.

corn Exports from the United States is progressing well. Over the last week shipped 1.55 million tons of grain, which is 35% higher than this period a year ago.

corn Sowing in the US is nearly completed, and the resulting seedlings are in good condition. Weekend was powerful precipitation in the growing areas of soybeans and corn in the Midwest, and forecast for the next 10 days promises to hot weather with periodic rainfall.

In Argentina, harvesting of maize is delayed. Threshed only 36,9% of the area compared to 40% average for this date.

Brazil dry weather continued to reduce the potential of the corn crop safrinha.

In the North-East of China continues hot and dry weather in growing areas of soybean and corn in the next few days rain is not expected.

In Ukraine the condition of crops of corn is not very good because of the precipitation deficit and high air temperatures that reduce the amount of moisture in the soil. For the next 10 days predict hot weather 27-28 degrees with a slight thunderstorms mainly in the West of the country. The exports of corn of the old crop is almost stopped, and for the past week amounted to only 112 thousand tons Traders complied with the contracts for the supply of corn, and are preparing to purchase the new crop of wheat and canola. Corn prices in Porto are 179-181 $/t for deliveries in June and 178-180$/t for October delivery, while export demand remains very low.

Add a comment to news item: The worsening trade relations between the U.S. and Mexico has fallen off of corn prices

Add a comment to news item:
The worsening trade relations between the U.S. and Mexico has fallen off of corn prices