As the trade war will affect the commodity markets? 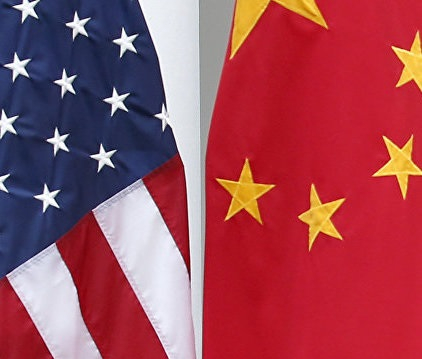 U.S. President J. trump ordered within 15 days to prepare a list of Chinese products that will be introduced import duties.

In his speech, trump said that we are talking about the supply of goods production in China totaling almost $ 60 billion. year. These measures, according to the President, was a long time coming, because for rather short period of time in the USA stopped work 60 thousand plants.

trump once again accused China of stealing intellectual property of American companies and the state, and noted: "even though I consider China our friends, however, the surplus of China's trade with the United States became uncontrollable. By the way, South Korea and the EU are conducting trade without rules".

trump Recently imposed import duties on aluminium and steel, however, the American administration decided to postpone the introduction of the duty for import of aluminium and steel from countries that are partners and allies of the US, in particular, from the European Union.

the Markets have not reacted to the introduction of fees as yet no agreed list of products which they touch, and who knows what kind of response will give China.

Experts believe that China will impose an import duty on U.S. soybeans, but the need to import almost 100 million tons of soybeans a year will not stop the export of soybeans from the United States. The decrease of soybean production in Argentina will further increase the uncertainty in the market.

After the introduction of the trump of import duties the prices of soybeans and other agricultural position has not changed.

Add a comment to news item: As the trade war will affect the commodity markets?

Add a comment to news item:
As the trade war will affect the commodity markets?