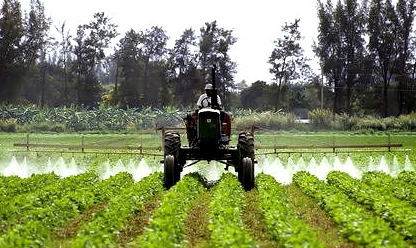 the Ukrainian government decided to restrict the import of fertilizers from Russia, by imposing anti-dumping duties.

the Ukrainian government believes that the purchase of mineral fertilizers only in one country threatens the stability of the agricultural sector.

Therefore, the Interdepartmental Commission on international trade (mkmt) has decided to impose anti-dumping duty on the fertilizers imported from Russia.

the findings of the Ministry of economic development, which conducted an investigation regarding the importation of certain types of mineral fertilizers produced in Russia, said about the existing fact of dumping. The import of fertilizers at reduced prices threatens the food security of the country and leads to the loss of domestic producers of fertilizers.

as almost 80-90% of all fertilizers used by Ukrainian farmers produced in Russia, low prices place of an agricultural company in dependence on the manufacturers, which can be dangerous.

To reduce the influence of Russia on the Ukrainian economy, the Cabinet is developing a bill to amend duties on the import of commonly-used types of fertilizers. In addition, the state Agency on the need for supply diversification, and cooperation with manufacturers from China, USA, middle East countries.

Soon, the government promises to transfer to the Verkhovna Rada a draft law on measures to diversify the supply of fertilizers due to reduced rates of import duties on the most used types of fertilizers.

prior To the adoption of the new law mkmt asks to postpone the introduction of anti-dumping sanctions against Russian products that "do not create a potential threat to enterprises of agricultural sector". In addition, the Agency plans to soon send in the agriculture Ministry's appeal of the temporary suspension of the measures taken until such time as the decision will take effect.

Add a comment to news item: The introduction of anti-dumping duty may increase the cost of mineral fertilizers

Add a comment to news item:
The introduction of anti-dumping duty may increase the cost of mineral fertilizers