High protein wheat will have a greater demand 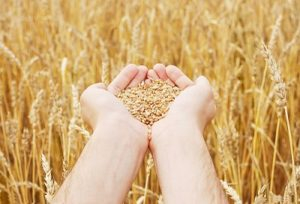 Thanks to last year's high harvest of wheat, total production is a record. However, the level of protein lower than usual. Simultaneously with overproduction, there is an increase in the number of low protein wheat in the world, - this is stated in the report, Societe Generale SA from may 31.

There is reason to believe that this trend will continue in the current year after a wet and cool spring in America.

Last year, the protein level in the red grain of wheat amounted to 11.5%, with average over 5 years was 12.8%. Early samples of this year, according to the report of the American wheat Association, have a protein level of 10.8%. After harvest of the main crop in June-July will become known to the General picture.

Spring wheat is in difficult conditions. Plants of some southern prairies of Canada require rain, and other regions suffer from excess moisture.

In the agricultural regions of the United States, which includes North Dakota and neighboring States and now the drought. According to experts, the condition of 55% of the crop rated as good and excellent, which is the worst figure since 2002 for this time of year.

According to information of the State Agency for the purchase of food of Egypt, the results of the tender, which was held on 11 June, the country imported 360 tons of mukomolno wheat that will be delivered within 10 to July 20.

Add a comment to news item: High protein wheat will have a greater demand

Add a comment to news item:
High protein wheat will have a greater demand