In the US corn becomes more expensive, in Ukraine - on the contrary 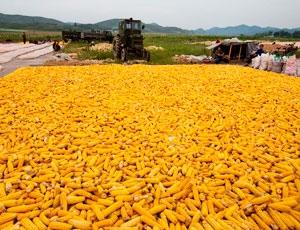 World corn prices, after falling to multi-year low, began to rise again. In a certain way the price movements have affected the presidential election in the United States.

until recently, corn was the only culture whose price has been steadily falling. However, until prices begin to rise, despite the high global harvest.

the Outcome of the US presidential election was the refusal of Mexico from the cereals in America. The sharp depreciation of the national currency caused a strong increase in import prices. One post-election night corn has risen by 10%. In anticipation of a stabilization of the exchange rate providers have temporarily suspended the purchase of grain.

the Market responded immediately to this step. The shares of the Corporation Archer Daniels Midland, which is one of the largest exporters, from USA, through this uncertainty has fallen by 9%. However, analysts say it is too early to talk about long-term consequences of the election of D. trump.

For Mexico, US as a key direction. The country's demand for imported corn to be about 10 million tons a year. Last season it Mexico has become a major buyer of U.S. corn. Delivery from USA is much cheaper than products from Europe or Latin America. During the election campaign trump declared its intention to review trade relations with Mexico, including the North American free trade agreement.

the Price of Ukrainian corn fell to 150-151 $/t delivered to port, after rising to $154-155 October-November associated with logistics problems and a small number of offerings on the market.

Now the supply of corn exceed the demand, so prices began to decline. This is especially noticeable on the basis of EXW-Elevator, where prices have fallen by 100-200 UAH/t, and some traders have suspended purchases.

Add a comment to news item: In the US corn becomes more expensive, in Ukraine - on the contrary

Add a comment to news item:
In the US corn becomes more expensive, in Ukraine - on the contrary