Next season, the EU will reduce production of rapeseed 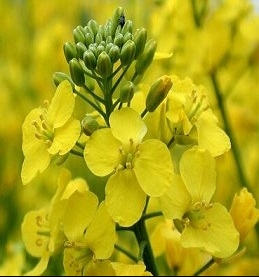 According to the European Commission, through the arid conditions during sowing of rapeseed for the harvest 2020, its production may decline for the third consecutive season.

Drought in some regions of France, Germany and Eastern Europe led to a decrease in the acreage of rape, which is the main oilseed crop of the EU, which is used in the food and biodiesel industry.

Due to the dry weather in August and early September the main European producers delayed sowing of rape, reported in the monthly report MARS.

So, in the North of France, Germany, Romania, Bulgaria, Hungary, Spain and Ukraine because of the shortage of moisture canola was sown in September, and after the optimal timing, through that part of the farmers reduced the acreage under the oilseed. Precipitation is held in the end of September, has failed to improve the condition of crops, which can adversely affect the yield of rapeseed in the new season.

However, in Ireland, the UK, Czech Republic, Poland and the Baltic States, the rainfall was normal and was sufficient to obtain good germination.

rapeseed Production is reduced for two consecutive seasons through drought conditions during planting and pest problem in the spring that emerged after the ban on the use of insecticides on rape.

in addition, sowing of spring wheat in the EU through precipitation in September and October also delayed, but in case of good weather chances to complete the sowing campaign remain, because wheat has of late terms of sowing.

Weather conditions in Poland and France contributed to the planting, while rains in Germany and the UK, and drought in Romania, Bulgaria and Hungary prevented planting.

Add a comment to news item: Next season, the EU will reduce production of rapeseed

Add a comment to news item:
Next season, the EU will reduce production of rapeseed