The agreed production cuts will not increase the price of oil, but only to keep it from falling 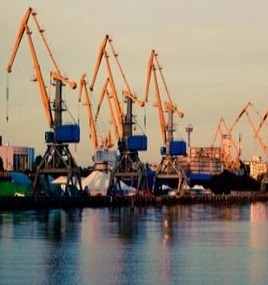 OPEC Countries agree to cut oil production to 9.7 million barrels/day. The negotiations, which lasted for 10 hours on Thursday and continued into the weekend for the first time in history joined US, which thanks to the shale revolution have become one of the world's largest oil producers. However, the production cuts will not rescue the oil price, because of the lack of demand in the world market oil reserves continue to grow.

Virus Covid -19 distributed by the planet. Already infected nearly 2 million people, of which more than 100 thousand died. In China, where quarantine restrictions have eased, the number of cases began to grow again.

at the present time in the world in quarantine are almost 4 billion people, which led to a sharp reduction of production and trade volumes, and reduced demand for oil and energy.

China is the world's largest consumer of energy, demand for which fell sharply after the closure of plants and other quarantine restrictions. Now the demand is gradually increasing, but while he has recovered only 80%. Taking advantage of the low prices in oil country to replenish strategic reserves. However, given the significant excess of oil on the world market last year, fast global demand for energy will not recover.

According to Bloomberg, the overabundance of oil on the world market is now 15-35 million barrels/day. Therefore, the reduction of production at 10 million barrels will not change the trend of overproduction. Most of the stores are already filled, although the Strategic petroleum reserve remains nudesapoppin by 77 million barrels. Last month, the Congress has not approved a budget for the purchase of 30 million barrels. An additional 80 to 100 million barrels could buy China. And India plans to buy from Saudi Arabia, the UAE and Iraq's 15 million barrels, which will fill the backup power of the state refinery. Volume stores in other countries are within the statistical margin of error.

Thus, the inventory capacity is enough for 10 days, even if we assume that the lower boundary of the surplus and the maximum amount of backup storage. Further, in any case will be stopped as well, primarily in countries with a high cost of production – USA, Canada, and then there will be a collapse of financial and commodity markets, especially energy crops, such as palm and soybean oil, corn and canola.

Add a comment to news item: The agreed production cuts will not increase the price of oil, but only to keep it from falling

Add a comment to news item:
The agreed production cuts will not increase the price of oil, but only to keep it from falling