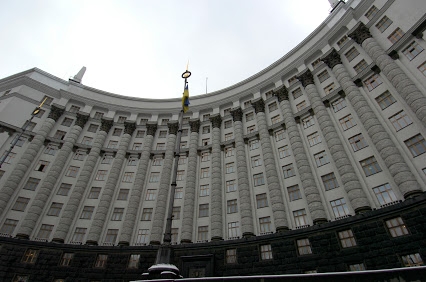 To accelerate land reform, the government on Friday made changes in the Ministry agroprodmach. The first Deputy Minister is appointed J. Krasnopolsky Maxim Martyniuk, who previously headed the state service for geodesy, cartography and cadastre.

Another solution to the stated structure, the Government transferred to subordination of Ministry of agrarian policy.

To this day since January last year, the first Deputy Minister was J. Krasnopolsky, who came to the position of the company VITERA, where he was engaged in the sale of fertilizers. However, given the provisions of the Statute on the Ministry, the Minister can have only one first Deputy, so after the appointment Martyniuk Krasnopolsky had to fire.

In turn, Martyniuk said that his purpose for which he accepted an offer to work in the Ministry, sees the speedy completion of land reform. However, the previous post gave him the opportunities to open the market of agricultural land. But the new obedience of the cadastre will accelerate the process and allow you to break the wall of misunderstanding of the need for reform.

Previously, the land policy was discussed in two separate departments, which created certain difficulties. Now this process will be carried out under the supervision of the Ministry of agriculture.

Add a comment to news item: The government has replaced first Deputy Minister of agrarian policy to speed up land reform

Add a comment to news item:
The government has replaced first Deputy Minister of agrarian policy to speed up land reform