The government decided to give farmers 500 thousand hectares of land 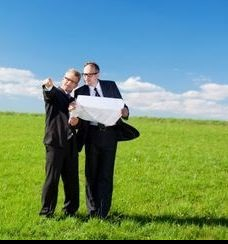 At the meeting on Wednesday, the Cabinet agreed on and sent for consideration to Parliament bill, which provides for the transfer of ownership of almost 25 thousand people from all regions of the country more than 500 thousand hectares of agricultural lands that were previously given for permanent use to farmers and their heirs.

In the 90-ies of the agricultural areas was provided farmers for permanent use with the right of lifetime possession and inheritance. However, current legislation does not allow to submit the documents for the property and transfer the land as an inheritance, which created significant legal problems for many farmers.

"the Adoption of this bill, consistent with the Association of farmers and private landowners to resume social justice since agricultural land in Ukraine should belong to the farmers that started the movement of farmers, not agricultural holdings or latifundistas", - said the Prime Minister. Groysman.

According to the bill, provided the farmer for permanent use with the right of lifetime possession of land transferred to the ownership of the economy according to the founder, which, depending on the location of the earth is supplied to the local authority or Department Derzeitiger together with the technical documentation, documents on the property right, and in the case of death of the recipient of the land – with documents about the inheritance.

By decision of the Government, which is aimed at support and development of farming in Ukraine, the ownership of farms can be transferred 543,5 thousand hectares of land.

Add a comment to news item: The government decided to give farmers 500 thousand hectares of land

Add a comment to news item:
The government decided to give farmers 500 thousand hectares of land