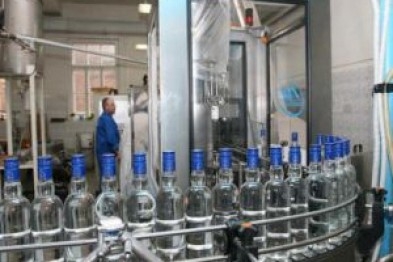 the Bill, which envisages de-monopolization of the alcohol industry and the transfer of the enterprises included in its composition, from state to private ownership, was adopted yesterday at a Cabinet meeting.

It was the result of joint work of Ministries and agroprodmach economy and state property Fund. Presented bill T. Corner, which explained that "to reform the alcohol industry of the country had for a long time. The shadow turnover of the industry last year made up 45% of total consumption, while in 2007 it was only 10%. Now 78 distilleries, which are subject to agricultural policy, are only 15. These include those that produce industrial alcohol and bioethanol. Due to the privatization of these enterprises, the state budget will receive UAH 5-6 billion".

the New law will not only reduce corruption in the sector and translate its functioning on market principles, but also protect the interests of the employees of the mentioned companies.

companies that produce alcohol and alcoholic beverages, before the change of ownership is planned to divide into two groups. The first group will include those that will be able to sell at a higher price. Owners of such enterprises will allow for 7 years of producing alcohol at a level that will meet the capacity of the purchased items.

business Owners that will be included in the second group will be able to produce only industrial alcohol. A large number of objects in this group after change of ownership can be converted for bioethanol production.

the Law establishes a transition period of 7 years, during which to import alcohol will be allowed only to state-owned enterprises.

Add a comment to news item: The government approved the draft law on privatization of the alcohol industry

Add a comment to news item:
The government approved the draft law on privatization of the alcohol industry