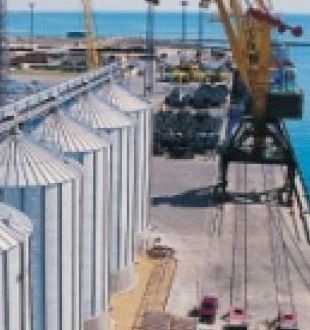 Shipment of corn, soybeans and meal from the ports of Argentina is stalling as the government made a thorough inspection of ships to ensure that no infected Covid -19 among crew members.

According NABSA logistics Agency, as of March 27, in the port of Rosario, which is a center for the export of agricultural products from the country, downed the schedule downloads on the vessel 21, as check of each of them is delayed by at least one day.

Delivery of soybeans to the ports is complicated because in some places the municipal authority refuses to grant permission for the passage of trucks through its territory.

In the port area of Rosario dozens of cities do not perform issued last week a decree prohibiting the stopping exports, which could lead to disruptions in the supply of agricultural products to the ports.

Union of port workers, stevedores, crew members and operators of elevators have addressed to authorities with the request to provide a 14-day quarantine of ships.

the government stated that working on the problem and try to consider requirements of all parties in accordance with national protocols.

the Economies of South America suffers from the stop of the exports, therefore, their governments are trying as quickly as possible to resume the operation of the ports and speed up the shipment. It's in the near future will increase pressure on prices and lowered demand for spot supplies of Ukrainian soybeans and corn.

Add a comment to news item: Slowing exports from Argentina supported the price of soybeans and corn in Ukraine

Add a comment to news item:
Slowing exports from Argentina supported the price of soybeans and corn in Ukraine