Ukrzaliznytsia plans in 2017, significantly increase the tariffs for transportation 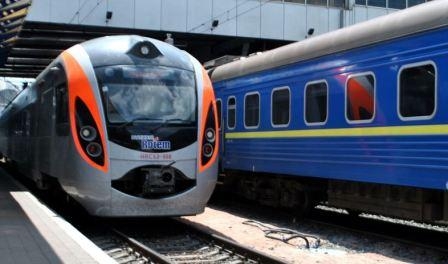 Railways next year plans to acquire new freight and passenger cars and upgrade existing ones, which increases the freight rates.

Board Member company Pashkevich during the presentation of the new plan of capital investment businesses reported plans to increase in 2017, tariffs for cargo transportation by 25%, passengers 35%.

the Volume of capital investments is expected to increase to 27.4 billion UAH, which will be distributed in the following way:

Increased rates not only adjust the devaluation of the national currency, but also take into account the demand for transport by rail, which keeps growing. However, the introduction of new tariffs must obtain the approval of the government.

If the Cabinet will not give such permission, the company will revise the plan of capital investments, and will distribute it into two parts. The first of which will be completed in 2017, the second – in 2018. However, this option is the management of the company considers it undesirable.

Recall that a few weeks ago V. Balcon announced a technical default of the company.

earlier it was reported that passenger services will be allocated in a separate structure, and domestic train upgrade. They will be equipped with uninterrupted Wi-Fi, and in cars, will introduce e-tickets.

Add a comment to news item: Ukrzaliznytsia plans in 2017, significantly increase the tariffs for transportation

Add a comment to news item:
Ukrzaliznytsia plans in 2017, significantly increase the tariffs for transportation