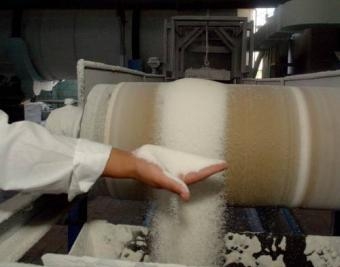 In the next season sugar production in Ukraine can grow excess of its production. The total number of the manufactured product can reach 2 million tons, at that time, as to meet domestic demand will be enough for 1.6 million.

the press service of the Association of producers "Ukrtsukor" says that today we are talking about overproduction of sugar. Association Chairman A. Savage says, "what if the current situation will continue in the future, there will remain the ideal conditions for sugar production, we will be able to get almost 2 million tons of products. The level of overproduction that is now (in the warehouses remains 600 thousand tons of sugar), in the future may increase significantly".

the Cause of the excess production will be more than last year, the number of areas reserved for the cultivation of sugar beet. The average yield at 45-47 kg/ha, with 284 thousand ha, Ukrainian farmers will be able to collect nearly 13 million tons of sugar beet.

At the same time, the price of sugar remains low. Even more worsen the situation of action "Agricultural Fund" should be a market regulator. First, he reported the theft of 30 thousand tons of sugar, which then appeared on the market at a low price. Now the Fund made a statement about the urgent need to implement another 60 thousand tons of sugar.

Among the measures that should stabilize the industry, A. Savage called the settlement of the action, "Agrarian Fund" and the deregulation of prices and the possibility of access to affordable credit.

Add a comment to news item: Ukraine will increase production of sugar in season 2016/17 MG to 2 million tons

Add a comment to news item:
Ukraine will increase production of sugar in season 2016/17 MG to 2 million tons