Ukraine and the EU can reduce canola crops for drought 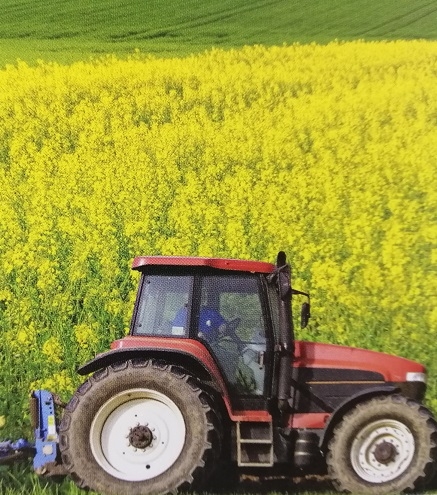 Warm weather without rain, which was established on the territory of Ukraine and parts of Europe may lead to a decrease in acreage under rapeseed.

Due to a decrease in the official forecast of rapeseed production in the EU and the introduction of duties on Indonesian biodiesel, which is produced from palm oil, the price of rapeseed increased to the 2013 level. Yesterday Euronext rapeseed rose by 2.25 €/t to 383,25 €/t or 422,69 $/t

the Harvest of rapeseed in the EU this year will be the worst in the last 13 years and will not exceed 18.5 million tons. Drought conditions in the fall has damaged the crops, and a ban on the use of certain pesticides has increased crop losses due to insect damage. For the sake of preserving the bee population in the EU in 2013 banned the use of insecticides and neonatologu on rape, sunflower and maize, and in 2018 the ban was extended to all cultures, except those grown in greenhouses.

in Ukraine In July was dominated by hot weather with no rain, but farmers are actively sowing winter rape, hoping that soon the rains. Optimum time of sowing of rapeseed in Ukraine – from August 5 to September 5, but the next decade precipitation also do not predict.

As of September 4, domestic farmers sowed winter rapeseed 814 thousand hectares, or 76% of the planned areas. Part of the crops seedlings do not exist or very poor.

the Processors have almost completed the acceptance of the rape and began to purchase sunflower. Early maturing corn will have hastened the start of the season, so the traders and the port terminals in a hurry to complete the program for the raps to start working with the corn.

Add a comment to news item: Ukraine and the EU can reduce canola crops for drought

Add a comment to news item:
Ukraine and the EU can reduce canola crops for drought