Trends in the price of soybeans has not yet decided 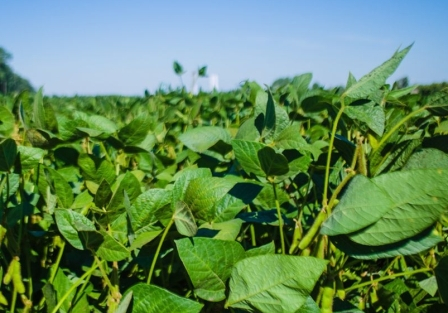 on Friday, China has identified a list of goods worth 3 billion $, which will be introduced import duties in response to US actions. Although soybeans are not included in the above list, Chinese importers have been actively buying rapeseed meal and dry bard (the product obtained in the production of ethanol), which are used in animal husbandry on level with soybeans and shot. In the meantime, Chinese traders have increased purchases of Brazilian soybeans.

the Decrease in rainfall in Brazil helped to strengthen the collection of soybeans. According to AgRural, threshed and 65% of crops, which is 3% lower than the level last year, but 3% higher than the average 5-year average.

In Chicago on Friday, soybean futures quotes hardly changed, although during the week they fell by 2%. On the price pressure concern about the possible restriction on the purchase of soybeans by China, the low level of export sales during the week declined by 39% to 548 thousand tons, which is 35.4% lower than in the corresponding period last year and the forecast for Farm Futures, according to which the acreage under soybean in the U.S. will grow 1.5% to 91.5 million acres.

Experts Buenos-Iresco grain exchange has lowered the forecast of soybean production in 2017/18 MG another 2.5 million tonnes to 39.5 million tonnes, which is 31% compared to last year's harvest. The situation is aggravated by low temperatures in the North can delay the harvest and could adversely affect soybean yield.

Another reduction in the rating of the soybean crop in Argentina led to higher prices of may futures for soybean meal in Chicago by 2.7% to its highest level in the last two weeks – 421 $/t

Add a comment to news item: Trends in the price of soybeans has not yet decided

Add a comment to news item:
Trends in the price of soybeans has not yet decided