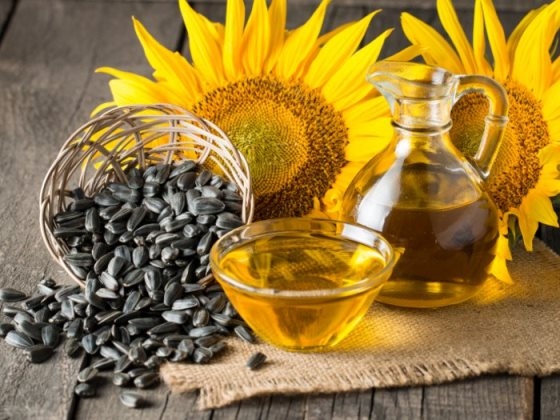 On the black sea market of sunflower oil prices continue to rise supply and demand on the background of reducing sentences because of low profitability.

Manufacturers keep the sales of sunflower seeds in anticipation of rising prices, and employment on the seeding works, so the processors have to raise procurement prices to raise volumes and to reduce their margins to a minimum. But the increase in purchase prices is limited because the hryvnia exchange rate remains at a low level against the dollar 26,8 UAH/t, while prices of export demand grow slowly.

the bid Prices for Ukrainian sunflower oil grew to level 660-663 $/t FOB, while the bid price was at 670 $/MT FOB with delivery in may June.

Prices for sunflower oil last week rose by only 5-6 dollars, while the prices of palm and soybean oil increased by 20-30 $/t

the Active growth of prices for palm oil last week gave way to decline and yesterday the price of palm oil on the stock exchange in Kuala Lumpur dropped by 0.9% in the June contract reaching a two-week low 521,4 $/t amid high ending stocks in Malaysia .

palm oil Exports from Malaysia during the first quarter of 2019 increased by 8% compared to the same period last year amid rising demand from India, China, Pakistan and the United States, while exports from Indonesia increased by 15% in January-February of 2019.

the Import of vegetable oils in India in March rose by 26% compared to the same period last year to 1.45 million tons, due to increased palm oil imports by 5.5% to 802,443 thousand tonnes of soy oil more than doubled to 292,925 thousand tons and increase in volumes of sunflower oil by 42% to 297,887 thousand tons.

Common stocks of vegetable oil before 1 April in India grew by 8% compared to the previous month to 2.37 million tons, a six-month high.

As of the end of March 2019, the level of palm oil stocks in Malaysia increased by 23% yoy to 2.9 million tonnes, and in Indonesia, on the contrary, inventories decreased by 29% compared to the same period last year to 2.5 million tons as of the end of February 2019 through high foreign and domestic demand.

Both countries are actively promoting domestic demand for palm oil from the biodiesel industry and this season will be used to 6.5 million tons of palm trees for the production of biodiesel, or about 10% of their production last year.

In the short term, the demand for Ukrainian sunflower oil will be at a good level, but without much movement of the prices up, so prices will remain at the same level. The purchase price of sunflower will remain at the same level, provided a stable hryvnia exchange rate, which may be influenced by political factors - elections of the President of Ukraine on 21 April 2019.

Add a comment to news item: Prices for Ukrainian sunflower oil is growing despite the rollback of prices for palm oil

Add a comment to news item:
Prices for Ukrainian sunflower oil is growing despite the rollback of prices for palm oil