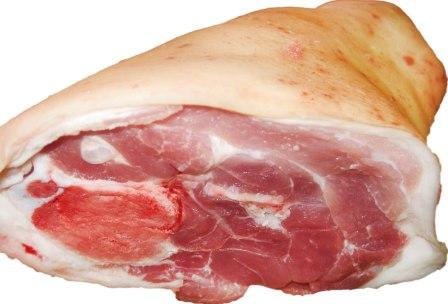 this Year in Ukraine in the market of pork meat, there was an atypical situation, the price of each week set a new record.

Traditionally, the price of pork from February until the Easter holidays coming up, and then gradually decreases. However, in the current season the price increase continued after the holidays. As 16.06.17 the cost of live weight of pigs betonowych species was 44-47 UAH/kg, which exceeded the prices of the end of may for 10%. And edged side, depending on the category and the region is 79-80 UAH/kg.

In the "Ukrainian club of agrarian business" (ASTP) a similar situation due to several factors.

Within 5 months 2017 the slaughter of pigs was more active than last year. As a consequence, the formation of the limited supply of animals for slaughter has resulted in higher prices. Manufacturers are trying to compensate for revenues that were a shortfall in 2016-17 due to the low prices.

in addition to the shortage of supply, the prices affected by seasonal factors. Through hot weather, reduced daily weight gain, therefore increasing the time for fattening and costs. ASF has been forced to increase the cost of compliance with Biosafety measures.

the abolition of the special regimes for VAT and a twofold increase in minimum wage also contributed to the price increase.

to Increase the import of pork, today it is impossible via high world prices. Within 5 months of 2017, foreign deliveries declined by 49% to 1.3 million USD and in real terms by 59%.

the Trend of rising prices for pork supports the intensification of the export of live animals. In January-may 2017 Ukraine increased exports of pork to 6.3 million $, which is almost 4 times higher than in the same period of the previous year.