Prices for soybeans are growing because of increasing demand 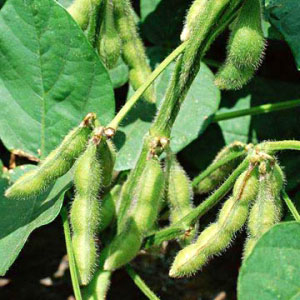 Traders expect the release of new forecasts for soybeans, which will take into account information about the progress of the sowing campaign and news about improving weather conditions in South America. Report USDA will be released on 12 December, FC Stone and Informa have published their forecasts.

Experts Informa lowered its estimates of soybean production in Brazil by 1 million tonnes to 110 million tonnes, while the Agency is FC Stone has improved its previous forecast by 1.5 million tons to 107.6 million tons.

the January soy futures in Chicago increased by 1% and crossed the psychological level of $10/bushel, reaching 371,25 $/t more expensive soybean meal, the price of which rose 1.7% to 380 $/t, which was the maximum of the last 5 months. Within three sessions the increase in the price of the meal was 5%.

the Main reason for this growth was the dry weather in Argentina.

However, prices for soybean oil remain low due to falling demand and reduce the price of palm oil, quotes, which in Kuala Lumpur remain at least four months.

In Ukraine, prices for soybeans due to the depreciation of the hryvnia increased by 100-150 UAH/t, but the dollar prices in the port remain at the level of 370 USD/t, soybeans GMO and 395-400 $/t, for soybean non-GMO.

the Demand for soybeans is still high, as traders rush to form a court party before the Christmas holidays, because then the terms of supply will be significantly reduced.

Add a comment to news item: Prices for soybeans are growing because of increasing demand

Add a comment to news item:
Prices for soybeans are growing because of increasing demand