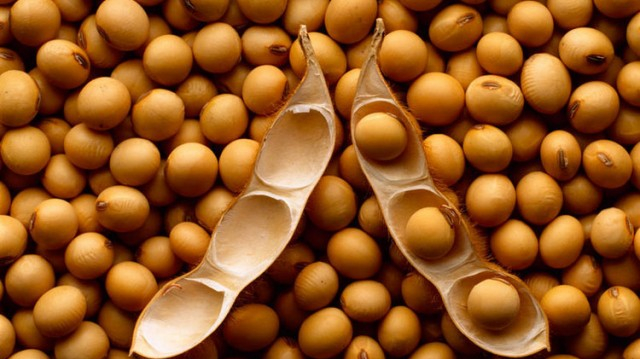 soybean Futures in Chicago fell yesterday by 2.5% and reached its lowest price in 10 years amid increasing trade war with China, and position adjustments ahead of the WASDE report on Thursday. The futures price for soybeans dropped to 311,5$/ton, and soybean oil to 633 $/t

trump's Decision to impose new tariffs on Chinese goods has destroyed the hopes of traders for a possible settlement of the trade dispute in the near future.

market Experts increase their forecasts of soybean production in the United States, and the average rating is in the amount to 117.8 million tonnes compared with the June rating of 116.5 million and 119.5 million tonnes collected last year. While carry-over stocks will remain unchanged.

China has promised to compensate the import duty on soy when purchasing to the state reserve, and head of the state company COFCO suggested that increased purchasing volumes of the oilseed meals vegetable oils and meat in connection with a reduction of soybean imports from the United States.

amid increasing demand from Chinese buyers, the cost of Brazilian soybeans continues to grow compared to the us and the price difference reached 60-80$/tons.

a Decline in prices for soybeans and soybean oil in Chicago has fallen off the price of palm oil in Malaysia, which yesterday lost about $ 15, and traded at 546,2$/t

Prices for canola fell by 2.6% to 493 CAD/t or 373,5$/t under the pressure of the neighboring soybean market and favorable conditions for planting canola in Canada.

Add a comment to news item: Prices for soybeans fell again under the pressure of political solutions USA

Add a comment to news item:
Prices for soybeans fell again under the pressure of political solutions USA