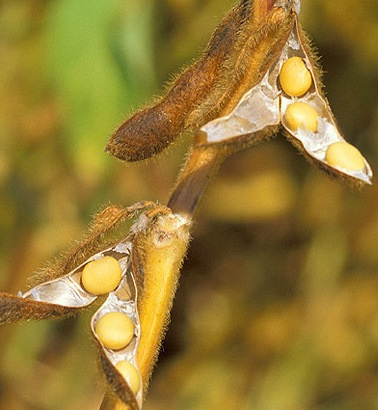 By order of the President D. trump 24 September 2018, the United States introduced a 10% import duty on more than 5000 Chinese products with a total amount of 200 billion $. In addition, from next year, the specified fee will increase from 10% to 25%. China has promised to retaliate if the US will not change his decision, which almost makes it impossible to reach a compromise in trade dispute during the next negotiations, which are conducted this week, the U.S. and China.

a New decree, trump will give another boost to lower prices for U.S. soybeans, the highest yield which continues to enter the market. November soybean futures in Chicago for a week lost 2% and fell to 302,5 $/t, while prices for soybean oil fell 1.5% to 608,5 $/t

in China, reduced imports of soybeans in connection with seasonal reduction of offers from Brazil. Especially noticeable was the reduction in contracts for the supply of soybeans in the 4th quarter, which purchased only 12.9 million tonnes, while in 2017 this period was imported 24.2 million tons After the next wave of mutual political statements and decisions to increase fees, Chinese importers, probably, will resume purchases of U.S. soybeans, the price of which allows the processors to margin even after paying 25% duty.

Therefore, traders expect this week of the response of China to a new step USA and the decision on what American goods will be levied duty. However, such actions only reinforce bearish sentiment on the oil market.

the Price of palm oil also remains low, at this time on the stock exchange in Kuala Lumpur 536,72 it is trading at $/t on the back of the seasonal increase in production and exports.

Add a comment to news item: Prices for soybeans again under political pressure

Add a comment to news item:
Prices for soybeans again under political pressure