Prices for soybeans in Chicago dropped to a new low 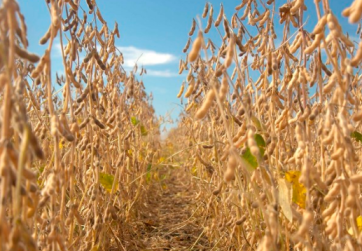 on Friday, soybean futures in Chicago updated at least 10 years and dropped to 306,9$/t under pressure from bearish report from the USDA, which was released Thursday.

the Increase in production is projected in the United States, Brazil and Argentina, and decrease of sales reduced due to lower forecast of soybean imports in China 8 million tonnes to 95mln tone.

as a result of the introduction of import duties on U.S. soybeans China will decrease the consumption will increase imports of soybeans and other oilseeds and vegetable oils.

Imports of soybeans to China in June rose by 1 million tons compared to the previous month, which is equal to last year, indicating slowing demand from processors.

Add a comment to news item: Prices for soybeans in Chicago dropped to a new low

Add a comment to news item:
Prices for soybeans in Chicago dropped to a new low