Prices for sunflower oil for the week was somewhat strengthened 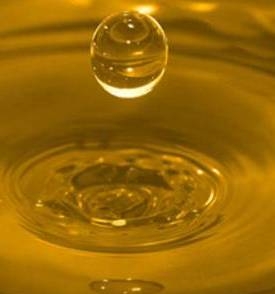 the High price of oil at $ 67 $per barrel a week supported prices on vegetable oil.

May futures on palm oil in Malaysia after a recent week falling 1% recovered to 554 $/t through increased exports in February compared with January.

Prices supported the growth of quotations of soybeans and oil in Chicago, which began on Thursday amid improving prospects for exports of American goods to China.

last week, the Egyptian GASC bought the company, Glencore 30 thousand tons of sunflower oil for delivery in April, the price is 698 $/t CFR, which is 15 $/t exceeds the purchase price of the January auction.

Since the last tender, the price of soybean oil in Argentina increased by 6%, while sunflower oil in the black sea region has risen 2% against the backdrop of a gradual recovery at the plant complex after a sharp drop in 4th quarter of 2018.

Prices of Ukrainian sunflower oil with delivery in March rose by $5/MT to 675-680 $/t FOB, while demand has grown at 1-2 $/t 668-670 up to $/t FOB. For the may supplies of sunflower oil price by $5/ton lower since the period will increase competition with the Argentine sellers of vegetable oils.

In Argentina, the sunflower was harvested from 38% of the area that exceeds the average 5-year rate of 32%, while crop condition better than last year doubled.

In Ukraine, purchasing prices for sunflower delivered to the plant remain at the level of 10600-11200 UAH/t, but prices on the French economy declined slightly because of the seasonal increase in supply.

Add a comment to news item: Prices for sunflower oil for the week was somewhat strengthened

Add a comment to news item:
Prices for sunflower oil for the week was somewhat strengthened