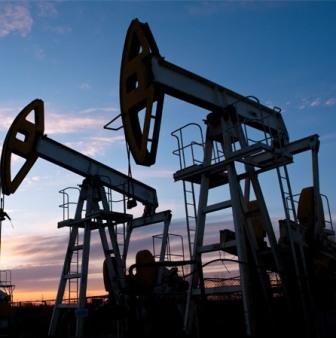 Panic in the world markets is enhanced through a fast Respondent coronavirus countries in Europe and in the USA, where during the day, the number of cases has doubled, and the virus is detected in the 50 States as well as in Los Angeles and new York.

After the crash on Monday, stock indexes Dow Jones, Nasdaq and S&P 500 on Tuesday rebounded slightly, but on Wednesday again fell to 4.7 to 6.3%, resulting trades are automatically stayed for 15 minutes for the fourth time in two weeks.

the Oil market remains under pressure from a price war between Saudi Arabia and Russia, which has refused to cut oil production to keep prices within OPEC+, where, since 1994, Russia is not as a participant but as an observer.

According to traders, European consumers for two weeks doesn't buy Russian oil, because Saudi Arabia has offered more high-quality oil at a price of $25/barrel and favorable payment terms. It also offers investments for the refurbishment of the port terminals to receive oil tankers and liquefied gas carriers, which will allow us to oust Russia from its traditional European markets. In addition, Saudi Arabia has invited Iran selling Iranian oil, avoiding U.S. sanctions, further increasing pressure on prices.

against the background of the current situation of the ruble on the Moscow stock exchange yesterday fell 7% to 80,87 rubles/$, in General for two weeks lost 23%. The last time this course was recorded in February 2016

If the price of oil is still half a year will remain lower than $30/barrel, analysts do not exclude the fall of the ruble to 100 rubles/$.

Producers of ethanol in the United States called on the government to take measures to compensate for lost volumes provided for refineries benefits because the corn growers and biofuel can feel a sharp drop in demand, which could lead to the collapse of this sector of the economy. To support the oil industry, the US government decided to resume Federal purchases of oil to replenish the Strategic petroleum reserve (SPR).