Oil prices have fallen by 5% on the day 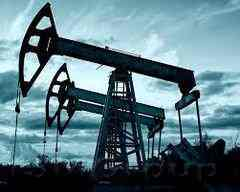 Tuesday was "black" for the oil market, as the quotes of Brent crude oil in a single session have fallen by 7.6% from 66.5 to 61,75 $per barrel (the lowest level since December last year), but before the night has recovered somewhat and finished trading at the level of 63.2 $per barrel, so the total drop was 5%.

the oil Market is now under the influence of the three largest world oil producers: the US, Russia and Saudi Arabia, which produces more oil than OPEC countries 15.

Also on the market impact of the forecast reduction in oil consumption in Asia amid the slowdown of the global economy.

a Decline in prices for oil became the reason of falling of quotations of stock market indices:

Two of the three major indexes - the Dow Jones and S & P 500 lost growth since the beginning of 2018. However, the Nasdaq by the end of the session slowed down, allowing him to remain in positive territory (+ 0,08%) for the year.

Investors are concerned that signals the deceleration of global growth, trade disputes United States and China, and a slow but steady rise in interest rates, which is likely to continue next year. The fear is growing that the US and the world as a whole nearing the completion of a cycle of economic growth.

Thursday with the US markets will be closed in observance of thanksgiving, so today the markets are likely to have low trading activity.

Add a comment to news item: Oil prices have fallen by 5% on the day

Add a comment to news item:
Oil prices have fallen by 5% on the day