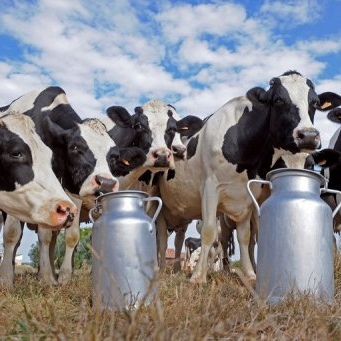 Heats the milk market, especially the growth of prices for dairy fats. In August, the difference between the cost of oil and dry skim milk (CATFISH) amounted to a record 4083 $/t. At the auction 3.10.17 GDT price index for dairy products fell by 2.4%, mainly due to the increase in the volume of proposals. The number of participants has decreased.

In the EU are still significant reserves of milk, which is a concern of the farmers. Tender 19.09.17 was not a success, and the organizers refused to lower the price that exceeds the market rate.

Reduction in oil production in the EU in the first half of 5.5% is also affecting prices. The most cost-effective for companies curds and whey. After the growth of prices for milk farmers changed the diet of cows to increase milk production. But it led to a decrease in milk fat, which in the summer months and so is not too high.

Soon will start the milk season in Oceania, which will further reduce prices and increase the gap between oil and dry milk.

In Ukraine, milk prices in September rose thanks to strong exports and the small volume of proposals.

the Price of milk ECM in September was amounted to 29.16 $/100 kg, significantly below world prices.

During 8 months of the current year Ukraine exported 18 thousand tons of oil, which is a record for the last 10 years and 1.5 times higher than exports last year.