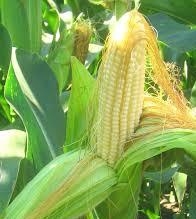 yesterday Released data on the reduction in the number of unemployed and a recovery in ethanol production in the US led to higher prices in the U.S. market, 9% and maize 3%. However, before the end of trading, prices fell as traders began to fix profit.

a week for unemployment benefits appealed the 2.1 million Americans, which is significantly lower than in previous weeks. And from the beginning of the crisis asked for help 40.7 million Americans, or one in four working people. The increase in the number of workers stimulates the demand for automobile fuel, which is a factor supporting oil prices.

the July corn futures yesterday rose 2.8% to 129,6 $/t due to the growing demand from manolovo industry.

Optimism traders added may balance for corn from IGC, in which the estimate for ending stocks was reduced despite the increase in forecast world production.

the experts of the IGC in the may report increased the estimate of corn production in 2020/21 MG to a record 1,169 billion tons, which is 4.8% over the previous season.

however, even despite the slowdown of the world economy development forecast of consumption of corn in 2020/21 MG increased compared with last year increased by 2.9% to 1,177 billion tons, causing corn stocks will shrink by 3% to 288 million tons.

Add a comment to news item: Corn prices in the US are growing as the recovery in ethanol production

Add a comment to news item:
Corn prices in the US are growing as the recovery in ethanol production