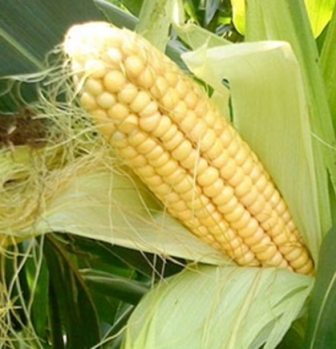 Despite the sharp drop in wheat prices, which for a month has lost nearly 10%, the may corn futures in Chicago have remained stable at the level 149,68 $/t support high prices for oil, which is trading at 67,13 $/barrel and the active export of maize from the United States, exceeding the pace of last year.

Traders hope that after the signing of the trade agreement between the US and China, the latter will purchase not only American soy, but also corn.

South Korean refiners looking for cheaper corn and have already received offers on deliveries in July corn from Brazil at a price 202-204 $/t CFR, while corn for delivery in may and June were purchased at 206-208 $/t CFR.

the Fight for customers intensifies, so traders to enhance sales will be forced to lower prices.

Thanks to low corn prices at the beginning of the season Ukraine increased its exports of corn, which as of February 20 amounted to 15.1 million tons compared to 9 million tons this date last year. Only in February it was exported 3.2 mln tonnes, which significantly exceeds 2 million tonnes to be exported monthly to reach predicted by experts, the level of exports in the current season 26 mln tonnes

the Increase in demand from China to compensate for the reduction in procurement by the European Union, which has already imported more than 15 million tons of corn from the USDA projected 21 million tonnes, However, in the case of the recovery of China purchasing corn from the US, the Ukrainian grain path to China will be closed. There is still hope for the intensification of corn imports by India which to cover the deficit in the domestic market is considering lowering import duties.