Corn prices are falling due to production growth 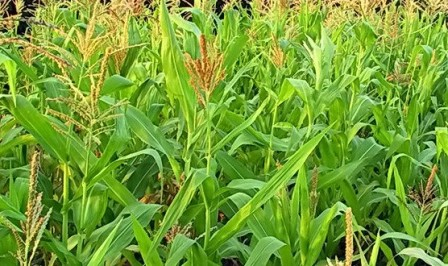 MARS, the Analysts increased the forecast of corn yield in the EU relative to the August balance to 6,93 to 6,99 t/ha, which exceeds the average five-year rate is 1.4%, however is 2.2% less than record level in 2016.

In Croatia and Spain, which suffer from drought, the average yield of maize will decrease. But it will be offset by rising yields in Romania and France, through which the General harvest of maize in the EU will grow.

Experts USDA evaluate the corn crop in the United States at 360 million tons, because the weather contributes to grain ripening.

In Brazil, the next decade will be rainfall, will satisfy the concerns of traders regarding the upcoming harvest of soybeans and corn, the seed of which was delayed because of the lack of moisture in d[place] means those.

Chicago December futures corn trading at 139,27 $/t. Traders think that the actual corn yield will be below the forecast USDA waiting for first data in the course of cleaning.

On Euronext, the price of corn since the beginning of September decreased from 160 to 155 €/t or 184 $/t due to increased forecast of production grain in the EU and the world.

Under the pressure of world prices in Ukraine corn prices dropped in port before 145-146 $/t. the Data of the harvesting campaign show the normal yield, which will provide harvest at the level of the USDA forecast. During the active collection in October and November may experience logistical problems for the delivery of grain to port, through which is possible short-term growth of purchase prices.

Add a comment to news item: Corn prices are falling due to production growth

Add a comment to news item:
Corn prices are falling due to production growth