The world price of nitrogen fertilizers continue to fall 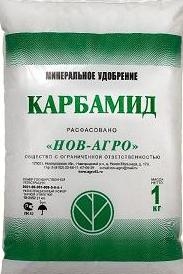 last week, middle Eastern suppliers have been offering pillari urea for 204 $/ton. Large amounts of fertiliser in April acquired Brazil. Price is approaching "record" in March of last year, when urea cost 197 $/ton. Then similarly dropping other fertilizers of nitrogen group, the price of saltpeter dropped to 173-175 $/t on FOB Black sea.

this year, However, ammonium nitrate is trading unchanged at 205-210 $/ton, ammonia is expensive and it is worth 300-320 $/ton, and urea are steadily getting cheaper. Some regions prefer ammonia to other customers waiting and don't buy large batches, as, for example, in the United States.

the Views of market participants on this issue were divided. Some believe the reason for such action in the middle East suppliers to reduce the volume of purchases from the Indian IPL tender when purchasing the tender was reduced from 700 to 265 thousand tons. Almost the entire volume consisted of products middle East manufacturers. Surplus fertilizers in the region is not, therefore, necessary in such a low price. However, after the sale to Brazil of fertilizers for 204 $/ton quotes are collapsed again. In a quandary was the Irish that he had planned to sell in the tender 300-350 thousand tons. For tomorrow announced a new tender for another Indian buyer, so the vendor still hopes to sell their own products.

in General, the pressure of the urea is enhanced, not only for the recent sale of the products to the middle East to South America, but also in small demand. Maybe after the new SSA tender in India falling prices will slow down. The results will be announced next week.

Add a comment to news item: The world price of nitrogen fertilizers continue to fall

Add a comment to news item:
The world price of nitrogen fertilizers continue to fall