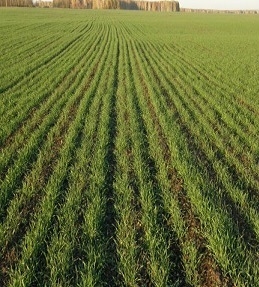 Trailers watching warm and dry weather in the Central regions of the United States and a powerful rainfall in South America.

In the next 5-7 days in the West and North-East mid-West USA would be dominated by dry and warm weather, which will contribute to the restoration of the corn. In the southern and Eastern regions still holds a layer of snow, but at the end of the week gathering will be able to restore and there.

Warm and dry weather in the Southern plains of the United States will last another week, as predicted in the next 10-15 days, the rains replenish soil moisture under winter wheat. In the Northern plains air next week will be warmer and rain, which will complete the harvest and will create favorable conditions for livestock.

Brazil sdive and thunderstorms in southern and South-Central regions will contribute to the development of soybeans and corn. But due to continuous rains in the soybean crop recorded the presence of rust.

Weather in Argentina is drier than in Brazil. In the state of Buenos Aires, which suffered most from the drought, this week will be moderate rainfall, which will improve the condition of crops.

In the black sea region of Ukraine and Russia will continue the dry weather with temperatures by 2-4 degrees higher than normal, which will contribute to the development of the late winter crops. However, a moisture deficit bad impact on the next harvest.

In Australia, the drought increases, which confirms a new case of a forest fire in New South Wales. Wheat production remains low 2007 level.

In South Africa the recent rainfall replenished the water reserves on most crops, but next week there will be established more dry weather.

Add a comment to news item: World weather conditions are generally favorable for harvesting and development of crops

Add a comment to news item:
World weather conditions are generally favorable for harvesting and development of crops