World weather conditions are generally favorable for a good harvest 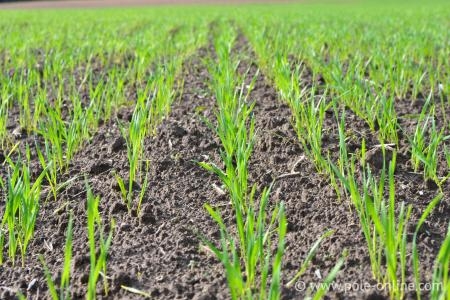 Weather conditions in most countries-grain producers contribute to obtaining a good harvest, only flood in the Midwest cause farmers losses.

the Rains last week and the forecast for the next days moderate precipitation will increase the occurrence of floods in the Northern and Western regions of the Midwest.

According to the forecast of the National office of oceanic and atmospheric research (NOAA), spring floods threaten to moderate or severe flooding on the North, West and South-West mid-West.

significant Melting of snow cover in the Northern plains will lead to strong flooding on the red river. Moderate rainfall in the next 7-10 days will not significantly increase the volume of water in the melting of the snows.

Precipitation in the Southern plains of the United States replenish soil moisture and improve the condition of crops of winter wheat.

Flood and late spring will delay the start of sowing in the USA and will change the structure of crops, although farmers and so have modified it recently due to low prices for soybeans.

Weather in South America this season, mainly contributes to the production of crops.

the Rate of harvest of soybeans in Brazil ahead of last year, which will increase the sowing areas of maize of the second crop. Moderate precipitation contribute to the development of crops.

In Argentina, slight rain at lower standards of air temperatures allow to hope for a good harvest of soybean, sunflower and corn.

In the black sea region are favorable for the development of the winter wheat conditions. Due to early spring, the pace of sowing of spring crops exceed last year's.

the Concern among traders is the dry weather in the EU, however, moisture reserves are sufficient for normal development of crops.

Add a comment to news item: World weather conditions are generally favorable for a good harvest

Add a comment to news item:
World weather conditions are generally favorable for a good harvest