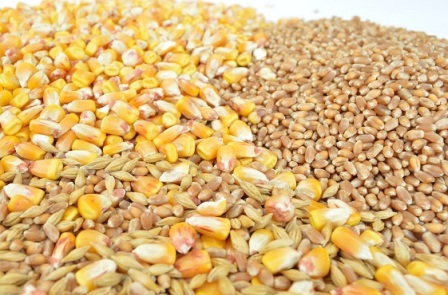 international Agency on the eve of tomorrow's release of the balance of USDA, which is the main source of information for traders published their own forecasts of production and consumption.

Significant changes to the world balance sheet for wheat is not expected. A slight reduction in production and exports in the EU, Canada and Australia will be offset by the increase in yield and ending stocks in the United States, whereas for Russia, the balance will remain almost unchanged.

by reducing world wheat production by 3-5 million tonnes of residues will be reduced by 1.4 million tons to 257 million tons.

are most interested in traders to assess the production of soybeans and corn in the United States, which will significantly affect world balances because the increase in the gross harvest of corn in Ukraine will be offset by lower crop in South Africa and Russia.

Thanks to the favorable maize conditions in early summer, in August, experts from the USDA increased the estimate of corn harvest in the United States to 370,5 million tonnes, But drought in August and September in some regions and excess moisture can reduce the yield.

According to the Wall Street Journal, analysts estimate the corn production in the United States within 365,6-371 million tonnes, and the average rating is 368,45 million tonnes against 370,9 million tons last year.

In regions of soybean production in the USA during August-September was dominated by the ideal for the development of crop conditions, which allows to expect a significant increase in the harvest forecast compared to the August estimate to a record 125 million t. Experts estimate the production of soybeans in the US within 123,2 130 million tons, and the average rating is 126,8 mln t vs 119.5 million tons in the past year.

the Growth of soybean production on the background of uncertainty with exports to China will lead to a further fall in prices and the increase in balances as farmers will hold back the sales of oilseeds at low prices in anticipation of solving trade disputes with China.

Add a comment to news item: World agencies have published their own predictions on the eve of the release of the USDA report

Add a comment to news item:
World agencies have published their own predictions on the eve of the release of the USDA report