Strategie Grains has increased the forecast production of wheat, barley and maize for the EU 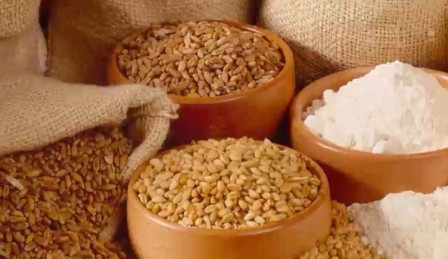 the Harvesting campaign in the EU demonstrates the variety of yield and grain quality in different regions, - informs the Agency Strategie Grains in a new report. In the countries of South-Eastern Europe received a good performance, but in Germany and other countries that suffered from excessive rainfall, the situation continues to deteriorate.

Forecast of production of soft wheat countries increased from July 140,7 million tonnes to 141 million tonnes, which is 4% higher than the figure recorded last year.

2.1 million tonnes increased the forecast of wheat harvest in General for Bulgaria, Lithuania, Latvia, Estonia, Hungary, Poland and France. However, Germany, the Czech Republic, Slovakia, Spain and the UK will gather together at 1.8 million tons of wheat less.

grain Quality of bread wheat in South-Eastern Europe, and France is generally good, however, after the recent rain in Germany and Central Europe, several indicators have deteriorated.

compared with the July forecast by Strategie Grains estimate of barley production in the EU increased by 700 thousand tons to 58.2 million tonnes, which is 3% less than 2016, In the total on 500 thousand tonnes more barley will collect Hungary, Poland and France, but the gross yield in Bulgaria, Lithuania, Latvia and Estonia will decrease.

Forecast of production of corn for grain in 2017 increased by 100 thousand tons to 58.9 million tonnes, France and Bulgaria will gather on 800 thousand t more, but for 700 thousand tons in reduced yields in Hungary, Italy and Spain.

Add a comment to news item: Strategie Grains has increased the forecast production of wheat, barley and maize for the EU

Add a comment to news item:
Strategie Grains has increased the forecast production of wheat, barley and maize for the EU