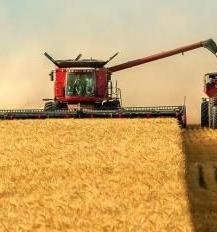 the Agency Strategie Grains has significantly increased the projections of production and exports of soft wheat to the EU in 2019/20 MG due to good harvests in France and the UK, as well as through the gradual growth of competitiveness of export prices for European wheat.

Assessment of production of soft wheat in the EU increased compared to the July report of 1.6 percent to 142.9 million tonnes, which is 12% higher than the previous MG.

the Slight decrease relative to previous expectations of wheat production in Bulgaria will be offset by a significant increase in production in the UK and a large harvest in France, which is estimated at 39 million tonnes.

Assessment of soft wheat exports in 2019/20 Mr increased from June and 21.9 million tonnes to 24.8 million tonnes, which is 18% higher than the previous season.

the Forecast of barley production in the EU increased from 59,5 to 60,5 million tons, which is 9% higher than last year's crop. Adjustment was also conducted with France and the UK.

the Rating of the corn crop is increased 0.5 million tons up to 63.2 million tons due to favorable weather conditions in South-Eastern Europe, which compensated for thermal damage to the corn crops in France and partially Germany and Poland.

a Decline in export prices in the countries of Western Europe has increased the competitiveness of European wheat in comparison with the black sea. This reduced the interest of European importers of Ukrainian wheat and can significantly reduce demand for Russian wheat.

Add a comment to news item: Strategie Grains has increased the forecasts of grain production in the EU

Add a comment to news item:
Strategie Grains has increased the forecasts of grain production in the EU