The condition of wheat of future crop continues to improve 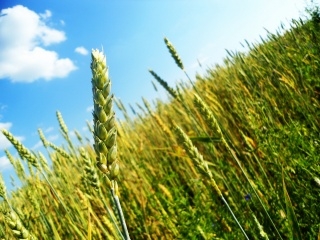 latest Data monitoring USDA confirmed expectations of market players and experts concerning the further improvement of the state of the American wheat of the next harvest.

As at 29 may 63% of the winter wheat crop was estimated at "good and excellent", which is 1 point higher than the figure of the previous week. At the same time a year ago in this period, there was degradation of crops by 1 point to 44 %.

At the stage of earing are already 84 % of the winter, whereas a year ago such crops were 82 %, and the average over 5 years is 76 %. Germination of spring wheat correspond to the value last year and is 88 %, which is significantly higher than the average for the 5 years – 66 %. The number of spring wheat that were rated "good-to-excellent" is 79 %, against 71 % a year ago.

After the may 28-29 over the territory of France was raging storm with heavy rains and storm-gusty winds, chance to obtain the soft wheat crop has deteriorated significantly. However, given that on may 23, in France, in good and excellent condition were 83 % of the sowings of soft wheat, hope for a good harvest of grain still remains.

In Ukraine, the continuing stem growth and the formation of the ear of grain crops. There is a massive earing, and in the southern regions, the flowering spike. Extremely early milk ripeness of grain of winter barley was noted in the Kherson and Odessa areas. Overall crop condition is good.

Add a comment to news item: The condition of wheat of future crop continues to improve

Add a comment to news item:
The condition of wheat of future crop continues to improve