USA will pay the second tranche of aid to farmers 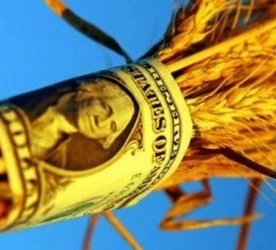 the US President instructed the Ministry of agriculture to be paid to farmers suffering losses from government-imposed sanctions, the second bailout package of 12 billion dollars.

"Fulfilling his promise to protect farmers and breeders from the aggressive trade policy of other States, I asked the Minister Sonny Perdue to pay the second tranche of aid to encourage the development of the market, because our economy is very powerful and allows you to do it," wrote trump on Twitter.

Listed in September, the first tranche of aid in the amount of $ 6 billion was distributed among the producers of corn, wheat and sorghum, soybean, cotton, dairy products and pork.

the Decision on the allocation of financial aid to farmers who suffered from government-imposed duties, previously criticized by some Republican senators that there are supporters of free trade. They believe that the implementation of the programme of subsidies would make the economy similar to the Soviet economy.

the question of the allocation of the second tranche of aid remained uncertain after China's decision to resume purchases of U.S. soybeans, because after a record fall in the spring to 25% of the price of soybeans has increased significantly.

United States from 1 June imposed a 25% duty on steel and 10% duty on aluminium production, Canada, Mexico and EU countries that have imposed restrictive measures in response. In particular, the EU raised the issue in the WTO and on 22 June introduced a 25% duty on certain types of U.S. production of metallurgical, machine building and agricultural industries, the total annual volume of exports which is 2.8 billion euros.

Add a comment to news item: USA will pay the second tranche of aid to farmers

Add a comment to news item:
USA will pay the second tranche of aid to farmers