Speculative sales of lower wheat prices in the United States 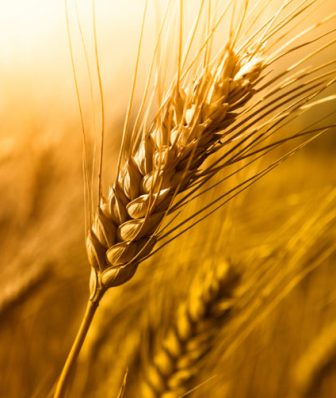 Sharp strengthening of the Euro against the dollar to the level of 1,245 has not led to a fall in the price of French wheat.

the European market is influenced by two factors: the lack of proposals from manufacturers on the background of uncertainty with the remnants of grain from farmers and railway strikes in the country, what's to stop the transportation of wheat.

Improved weather conditions in France made it possible to accelerate the pace of spring sowing campaign, which while behind last year.

According to FranceAgrimer, in good to excellent condition are 79% of winter wheat, whereas last week there were 80%.

U.S. wheat exchanges started the week with a fall after the previous four-day growth. Investors lock in profits and hold speculative sales.

the market pushing the demand for American wheat. For further export USDA inspected 278,815 thousand tons of wheat, which corresponds to the lower boundary of the expert expectations.

on Tuesday, the U.S. wheat markets may decline further, because the monitoring data from the USDA, released after the market showed improvement in the condition of winter wheat crops, particularly in the state of Kansas.

the May futures for U.S. wheat decreased

Sharp warming after a long winter can significantly change the structure of spring crops in Ukraine. The manufacturers will have to prepare the area and at the same time to sow a few crops that can reduce the area under spring barley in favor of maize and sunflower.

in addition, farmers are undecided with the soybean crops, whose exports due to the cancellation with 01.09.2018 VAT refund is still questionable.

Add a comment to news item: Speculative sales of lower wheat prices in the United States

Add a comment to news item:
Speculative sales of lower wheat prices in the United States