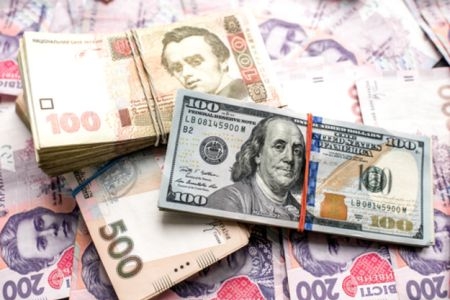 Yesterday, the national Bank decided to take advantage of the situation on the foreign exchange interbank market, when the number of proposals currency exceeded the demand for it, and the morning out to bid with the auction for the purchase of surplus currency. Since the auction was announced from the beginning of the auction, the sellers are not in a hurry to sell foreign currency at any price, with the result that the dollar has not declined, as it usually happened in April in such cases.

in General, the calculations of the NBU was justified, and all the surplus currency is sold to banks the regulator. When the total amount of the bids of banks at 96.8 million dollars, the NBU international reserves expanded in to 94.3 million dollars by purchasing them at the price of cutting off not above 25,15 UAH/$. Despite the fact that such a move controller was provided, quite a substantial amount of the purchased currency has changed the trend of the market with the strengthening of the hryvnia to her relief.

most Likely, this is due to the fact that a few banks exceeded the volume of applications, resulting after the redemption of the controller of currency in the market there is a certain its deficit, caused by excessive demand when there is insufficient number of proposals. The sellers remaining in the market after the auction has responded quickly to this situation and on the individual transactions in the course with the morning 25,05/25,15 UAH/$ at the end of trading rose to to 25.12/25,20 USD/$. Thus, the dollar rose by 7 kopecks in the purchase and by 5 kopecks for sale.

Add a comment to news item: Buying up the excess foreign currency of the NBU caused a rise in the dollar

Add a comment to news item:
Buying up the excess foreign currency of the NBU caused a rise in the dollar