Sowing soybean in South America came on the average 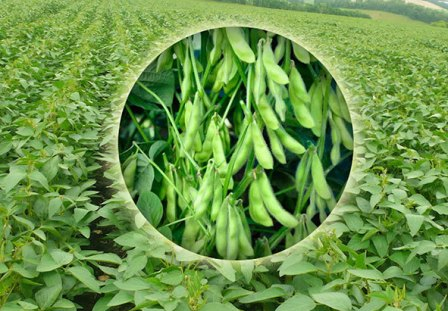 According to AgRural, as of November 28, in Brazil soybeans planted 84% of the planned area, which corresponds to the same date last year 83% five-year average and exceeds the scores of 79%. Thanks to improved weather conditions in the last week the pace of planting accelerated to 11%.

Experts say that after a slow start, sowing in the second half of the period, its rate exceeded the annual average. Completed sowing of soybean in the States of Mato Grosso do Sul (99% of plan), paraná and Mato Grosso (96% of plan).

Grain exchange Buenos Aires reported that in the last week, sowing of soybean in Argentina have advanced 10.2% As of November 28 planted acres 44.7 million, or 34% of the planned areas, which is 0.3% higher than in the same period of 2016.

Corn during the week planted to 35.8% of the planned 13.3 million acres, which is 5.1% lower than in the previous year. The pace of backlog for the week decreased by 0.4%, however, the precipitation deficit does not allow to speed up work.

In Uruguay, which is part of the largest producers of soy in South America due to dry weather early soybean varieties planted yet only 2.4 million acres out of a planned 3.2 million acres.

Precipitation, held recently in South America increased moisture reserves in the soil and allowed to accelerate the pace of sowing in annual averages. However, due to continuous drought in Argentina may be reduced sown area and gross harvest of soybeans, which will fundamentally change the global balance of production and consumption and support prices. However, while weather is favorable for producers and prices for soybeans continue to decline.

Add a comment to news item: Sowing soybean in South America came on the average

Add a comment to news item:
Sowing soybean in South America came on the average