Heavy rainfall replenished the water reserves, however, delay the harvest 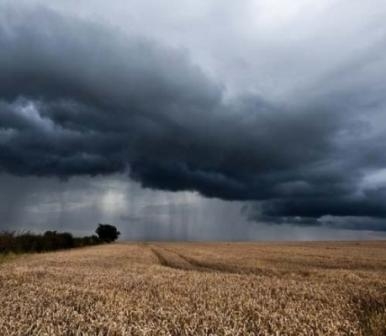 After the dry weather of August and September in the major countries – producers of grains and oilseeds increased rainfall, which replenished soil moisture but delay the harvest and reduce the quality of grains, especially spring wheat and canola in Canada and the Northern United States.

Next week in the Midwest USA will be heavy rains which can cause flooding and prevent the harvesting of soybeans and corn. However, above average temperatures will contribute to the maturation of soybeans and corn, which in the majority of regions lagging behind in development. After 10 days the temperature will drop, but frost is not.

In the States of Montana and North Dakota next week powerful precipitation with snow and low temperatures delay the harvest of spring wheat and worsen its quality, and also not to allow to Mature crops of soybean and corn. Strong frosts in the beginning of the week could damage crops that have not matured.

On the Southern plains rain will replenish soil moisture, and warm air will contribute to the sowing of winter wheat.

In the canadian prairies, the sharp temperature drop at the end of the week and early next, especially in the provinces of Alberta, Saskatchewan and Manitoba, may cause damage to the spring wheat and canola. To the South of these provinces heavy rainfall in places with snow up to 20cm harm has not yet kept away from the crops.

Minor differential settlements in Brazil reduced temperature and replenished the soil moisture reserves that improves the conditions for planting soybeans that retains the drought. However, from Monday the temperature will rise again until 30-2 degrees and rain for another week will not.

In Europe, the rains have replenished moisture reserves and improved conditions for sowing of winter rape and wheat, but low temperature delays the development of late crops.

Ukraine finally slept in the heat and rains that will improve the development of crops and moisten the soil before sowing. The increased precipitation next week may delay the harvest of soybeans and corn.

In China in the regions of cultivation of winter wheat and canola drought will continue for another 7-10 days.

Weak rains will be in Eastern Australia, will not improve the condition of the wheat crop, but may delay the harvest. The recent frosts may have damaged winter wheat in the South of Western Australia, where the lack of rainfall in the near future will adversely affect plants. In the South the rain on the weekend will improve the condition of wheat crops.

Add a comment to news item: Heavy rainfall replenished the water reserves, however, delay the harvest

Add a comment to news item:
Heavy rainfall replenished the water reserves, however, delay the harvest