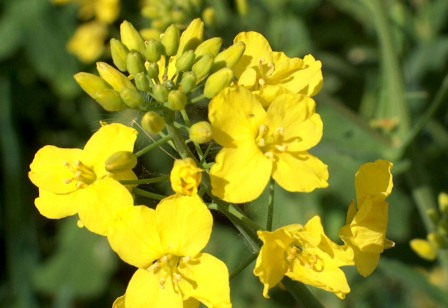 the European Commission Experts believe that over the next 10 years, the raps will lose the position of main oilseeds in the EU through the reduction of demand for biofuels, driven by the development of electromobility and intentions of some countries to ban the production of diesel cars from 2025-2030.

currently, the share of rapeseed oil in the production of biofuels is 60% or 10.5 million tons, but by 2030 it is expected to fall to 9.1 million tons.

the Demand for seeds and oil in the next 10 years, according to experts of the European Commission, will also grow.

the Production of electric vehicles with power reserve of 300-500 km at a price similar to the price of cars with internal combustion engines, will lead to lower oil prices and will further reduce the use of biofuels. Ukraine has to develop a strategy for the production and sale of rape, and not simply ban its export.

Own biodiesel market in Ukraine does not exist, and the reduction of taxes on import of electric vehicles will stimulate their sale and use. So now it would be better to export canola to the EU, while receiving a portion of the subsidies for production of biodiesel.

Add a comment to news item: The development of electric vehicles will reduce the production and consumption of rapeseed

Add a comment to news item:
The development of electric vehicles will reduce the production and consumption of rapeseed