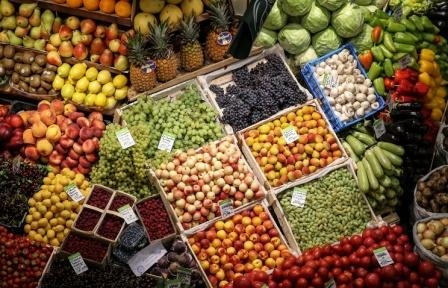 the Rosselkhoznadzor took a decision on temporary restriction since September, 22nd the importation of fruits and vegetables from Egypt. In particular, the prohibition applies, citrus fruits, tomatoes, potatoes and other products. For some categories of vegetables and fruits, the share of Egyptian production is one third of Russian imports. About the new ban said the Deputy head of the Rosselkhoznadzor, Y. Shvabauskene.

In her opinion, such decision is caused by the insufficiently effective work of the sanitary inspection of Egypt, that in the current year the Rosselkhoznadzor has repeatedly revealed quarantine objects in products exported from Egypt. Representatives of the Embassy of Egypt has reported restrictions. A temporary ban on supplies of plant products will operate prior to the meeting at the expert level between the two countries.

the Share of certain categories of Egyptian vegetables and fruit is one third of total Russian imports. According to the Federal customs service in January-June 2016 from Egypt were imported 44.4 per cent of all imported potatoes in the amount of 44.4 million and $ 33.6% of onion to the amount of 29.8 million $. In General, the statistics of the Federal migration service in the first half of Egypt put to Russia of fruits and vegetables on 497,3 million $.

Some industry experts believes that the decision to ban import of fruits and vegetables from Egypt was a response to a ban supply of Russian wheat to this country. General Director of the Institute for agricultural market Dmitry Rylko believes that such a coincidence is not accidental and is a response to the claims of Russian grain.

Recall that in August of 2016, the Ministry of agriculture and land reclamation of Egypt has banned the import of wheat even with a minimum content of ergot – a fungal disease of some cereal crops that can cause poisoning in humans. Russian MSG considers such claims Egypt's attempt to achieve more favorable terms of supply. The last straw in the decision to ban imports of plant products from Egypt was the failure of the Phytosanitary service of the country in the adoption of a cargo of 60 thousand tons of Russian wheat that Egyptian inspectors in the last few weeks have tested in the port of Novorossiysk.

Add a comment to news item: Russia and Egypt have started a trade war because of the refusal by the Russian wheat

Add a comment to news item:
Russia and Egypt have started a trade war because of the refusal by the Russian wheat