The wheat market froze in anticipation of the fundamental news 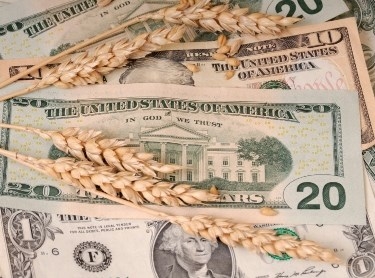 Trading on exchanges in Europe and the United States held yesterday in minimal amounts.

Investment funds reduced their net long position in wheat on Euronext 5% to the lowest level since the beginning of December, and short positions 3%, this suggests that traders have no confidence in the behaviour of the wheat market in the short term.

the March wheat futures on the stock exchange in Paris remained at the level of 203.00 €/ton or 231,30 $/ton, halting a two-day decline. Support to the market provided information about the increased demand on the part of Morocco and the supply of wheat in South Africa.

Prices for American stocks showed a small speculative growth on the background information from Russia about informal requests for exporters to reduce the volume of wheat exports from Russia and forecast of the severe frosts on the territory of the winter wheat crop in the United States and a small snow cover on the fields to protect the crops.

March quotes of the American wheat-January 16:

Purchase of the South Korean refiner 65тис. tonnes of feed wheat at a price 254,5 $ / t CFR for delivery in April is 2% cheaper than a similar sale in December.

Jordan found a new tender for the purchase of 120тис. the tone of the wheat, immediately after the close of the previous tender this week.

Turkey has introduced quotas on duty-free import of 1 million tons of wheat to reduce the food inflation.

the buyers ' Activity supports wheat prices at a stable level, but the fight for buyers in the global market against the backdrop of the approaching new crop.

Add a comment to news item: The wheat market froze in anticipation of the fundamental news

Add a comment to news item:
The wheat market froze in anticipation of the fundamental news