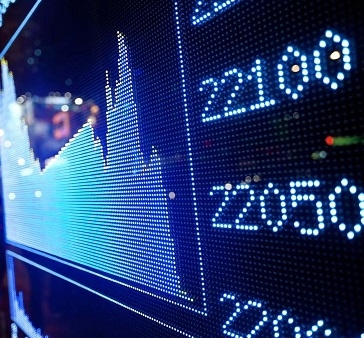 the Collapse on the stock exchanges on Christmas eve worsened the mood of the traders.

the Price of oil Brent for the first time since August 2017 fell below 51 dollars/barrel and reached the level of 50,43 $/barrel.

in the fall, which continues for three consecutive months, S&P has lost 19.8 per cent, the Dow Jones Industrial Average fell 5036 p. and updated record Dec 1931

Surprisingly, the market decline is happening in the background good for the economy fundamental factors: increasing GDP and profit, there is no evidence of a recession. However, the exchanges concerned about the political processes that may adversely affect the markets in the next year.

on Wednesday, the fed for the fourth time this year raised the discount rate by 0,25% to 2,25-2,5%, which caused dissatisfaction D. trump, who called to cancel this decision and began to discuss the possibility of dismissal of the head of the fed. The US President said that the fed has become a major problem for the American economy.

Another reason for the fall of the index was a temporary suspension of work 9 of 15 Federal agencies because of disagreement with the White house about the funding of the wall on the border with Mexico.

the Minister of Finance USA s. Mnuchin reported on communication with the heads of the 6 largest US banks - Goldman Sachs, Citi, Bank of America, JP Morgan Chase, Morgan Stanley and Wells Fargo about available liquidity. The heads of the banks have confirmed that they have enough money to support their operations.

the decrease in the indices of oil prices and presses on the futures on soybeans, wheat and corn, which at the end of the session on Wednesday also slightly decreased, but on Thursday, under the influence of bearish markets may continue to fall.

Add a comment to news item: The stock market before Christmas collapsed again

Add a comment to news item:
The stock market before Christmas collapsed again