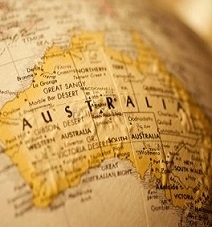 a new report by experts INTL FCStone increased compared to the December forecast, the estimate of wheat production in Australia in 2018/19 Mr from 16.87 to 17 million tonnes, though higher than the forecast of analysts Abares at 16.9 mln t, but significantly below the average 5-year level of harvest at 25.3 million tonnes.

Assessment of production of barley increased from December of 7.23 million tons to 7.76 million tons, while experts Abares estimates put it at 7.3 million tons.

However, a prolonged drought may worsen the harvest 2019/20 Mr, the first official forecast on which will be released in March.

in Recent years, wheat production in the East of the country suffered from the dry weather, and in 2018/19 Mr yield was the lowest in 10 years, although Western Australia has gathered a good harvest.

Some manufacturers have been slow to sowing in anticipation of rain, however, late planting will further enhance the susceptibility of crops to bad weather conditions.

Record heat in South-East Australia in early January has led to energy supply disruptions and the sharp jump in electricity prices, while forest fires have destroyed homes in southern Tasmania.

Meteorologists warned that on the West coast of the country in the next 3 months will be dominated by hot and dry weather, which will reduce prospects wheat production in the country, which is the fourth exporter in the world.

the Likelihood that in Western Australia the rainfall in the period from 1 February to 30 April will reach the average level, meteorologists estimate only 20%, whereas the probability is too high air temperatures in the same period in most regions of the country – 70%.

Western Australia - the largest region-producer of wheat, which collects half of the harvest of Australian wheat. In the past year due to good rainfall there was a higher yield of wheat. Once in this state will begin in early April, but due to the shortage of precipitation in the next season production could be substantially reduced.

Add a comment to news item: The forecast of wheat production in Australia in 2018/19 MG increased

Add a comment to news item:
The forecast of wheat production in Australia in 2018/19 MG increased