Drought worsens the prospects of the corn crop in the EU 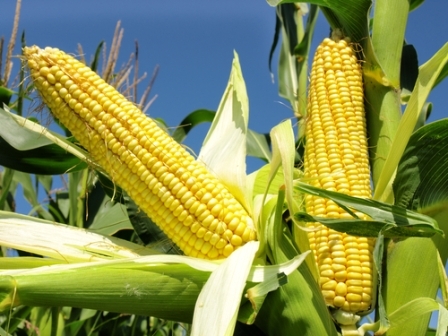 corn Harvest in the EU will vary greatly. France, Bulgaria and Romania suffer from drought, but in Poland and Hungary, weather conditions favor the development of plants.

Analysts Strategie Grains has lowered the forecast of maize production in EU countries in the new season by 1.1 million tonnes to 60.6 million tons, whereas in the previous season were collected 58 million tons.

Absence since July precipitation over the territory of France will not allow you to exceed last year's corn crop. The country's Ministry of agriculture assesses the gross yield 13.5 million tons, the same as last year, but traders believe that it will not exceed 13 million.

Lack of moisture in the South "grain belt" will worsen the corn crop in Romania, especially in the South. According to reports of the Association of producers of corn depending on weather conditions the harvest could be 8.9 million tons last season, or decrease by 15%.

harvest in Hungary has not yet begun, however, the Hungarian Association of farmers hope that with good weather conditions, maize yield will be 80 kg/ha. Then the gross yield will reach 8 million tons, exceeding 1.5 million tons in the previous year.

Analysts Sparks Polska predict that thanks much better than last year, weather conditions, the yield of Polish corn in the current season may increase by 33% to 4 million.

Lack of sunlight and moisture nalison worsened the yield of maize in Germany. According to estimates of the German farmers ' Association gross yield in comparison with the previous year will fall by 7% to a level of 3.7 million tons.

Add a comment to news item: Drought worsens the prospects of the corn crop in the EU

Add a comment to news item:
Drought worsens the prospects of the corn crop in the EU