The drought has become a global problem in the next season 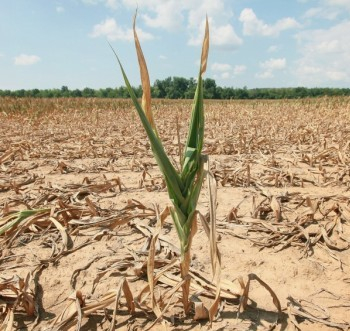 Representative American Radiant Solutions brigade Kyle Warmth during a speech at the VI world conference "Black Sea Oil Trade-2018," said that most of the world in the next season will suffer from the dry weather.

in Particular, the drought will remain a major challenge for the European and the black sea countries. The lack of rainfall in autumn will encourage the harvest of soybeans and corn, however, will bring the threat of getting irregular germination of winter wheat.

More stable in the summer was the situation in North America where there were areas that suffered from drought or excessive precipitation. But now the weather is changing and the rains in the South of the Midwest will slow down the harvesting of soybeans and corn, although they will contribute to the germination of winter wheat. The threat of frost yet.

Tender remains the weather in South America, but soon there will appear a moderate effect of the El niño phenomenon.

Brazil weather conditions will not delay the sowing, although soon there arises the dry phenomenon. In Argentina, heavy rainfall is expected, which will contribute to the development of plants.

in addition, in Asia, particularly in China, in favorable conditions, Mature soybeans and corn, although predictable in October-November, strong winds can damage the crop. In the Northern regions of Asia there is a threat of increased drought.

Add a comment to news item: The drought has become a global problem in the next season

Add a comment to news item:
The drought has become a global problem in the next season